Create an Account - Increase your productivity, customize your experience, and engage in information you care about.

The project includes restoration and redevelopment of the historic Hotel Grim built in 1925 originally as an eight-story hotel. The building contains 103,200 square feet and when built, was the second tallest structure in Texarkana. The iconic building is strategically located on State Line Avenue on the Texas and Arkansas border. The proposed project will preserve the historic elements of the building while completely updating the property.

The goal is to redevelop the hotel with commercial space on the first level and residential apartment units throughout the remaining floors. The financing plan is to use 108 funds from HUD along with federal and state historic credits, an EPA cleanup loan, conventional debt, and any other eligible sources.

Recent developments over the past several years included a Phase 1 of an EPA Brownfield assessment completed in the Summer of 2014. The property was added to the National Historic Registry in May of 2015, making it eligible for historic tax credits, and Phase II of the Brownfields assessment was completed in June of the same year, making the project eligible for EPA Revolving Loan funds.

In June 2015, Texarkana was selected as one of four cities nationwide for a site visit from the Council of Development Finance Agencies (CDFA). A Project Response Team comprised of CDFA staff and technical assistance partners provided expert advice and recommended a redevelopment strategy detailed in the report titled Grim Hotel: Roadmap to Redevelopment. The visit was made possible through CDFA’s Brownfields Technical Assistance Program, funded by the U.S. Environmental Protection Agency.

In July 2016, the Grim Lofts, LLC was officially formed by developer Jim Sari and an EPA Brownfields Revolving Loan Fund Application was submitted for cleanup funds.

In November 2016, the Hotel Grim Lofts project team presented at the Council of Development Finance Agencies National Development Finance Summit in New Orleans, Louisiana November 2-4th. The session was titled “Hotel Revitalization in the Heartland” and featured the Texarkana project along with another historic hotel project in Green Bay, Wisconsin.

January 30th, 2017 - The City of Texarkana, Texas recently received approval from the U.S. Department of Housing and Urban Development for Section 108 loan guarantee assistance in the amount of $1,429,000 for the Hotel Grim Lofts Project.

March 13th, 2017 – After a 30 day public comment period, Texarkana, Texas City Council approves acceptance of HUD 108 Loan in the amount of $1,429,000 for the Hotel Grim Lofts Project and approves substantial amendment to the City’s Consolidated Plan for the project.

On July 12th, 2017 the Council of Development Finance Agencies released their second report offering strategies for financing that follow up on the original comprehensive financing recommendations.

In December 2017, the Hotel Grim Lofts project was selected to present at 2017 National Brownfields Training Conference held on December 4-7, 2017 in Pittsburgh, PA. The presentation was titled “CDFA Brownfields Toolbox: Revitalization of the Iconic Hotel Grim.”

December 20, 2017, the City receives approval from the Texas Attorney General’s Office for the HUD 108 Loan Guarantee Program Note for the Hotel Grim Lofts.

The Hotel Grim was originally named to honor William Rhodes Grim, a successful businessman, banker, and railroad man who passed away in 1924, just as the project was being completed. For many years, The Grim was the “Crown Jewel” of downtown Texarkana and many long-time residents have fond memories of attending weddings, proms, and other civic functions in the property.

When complete, the $25 million renovation of the building will restore portions of the building, including the grand lobby and the Palm Court Room, and convert the former hotel room floors into modern apartments. The apartments will be priced to be affordable to the general working population of Texarkana which will help in the resurgence of the downtown area. 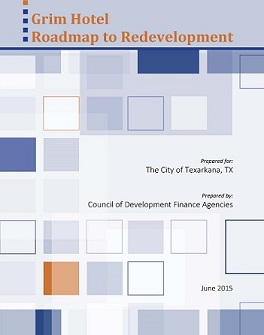 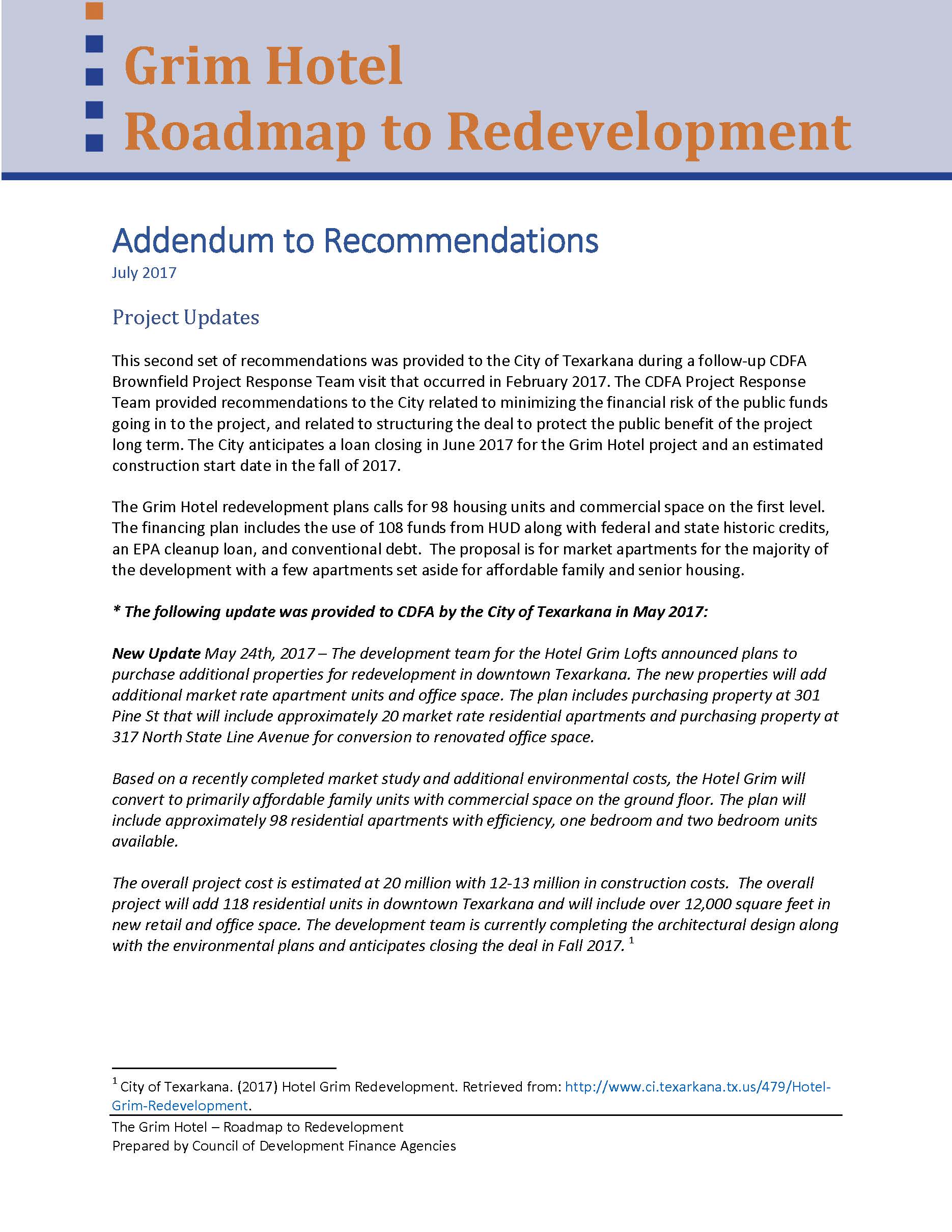 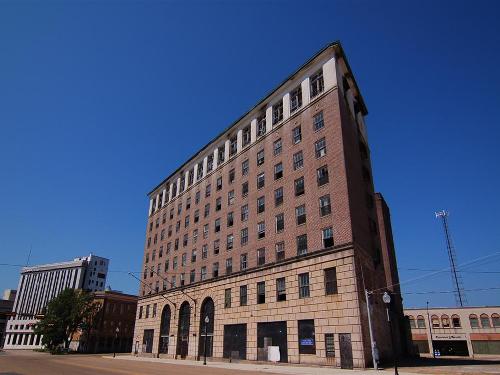 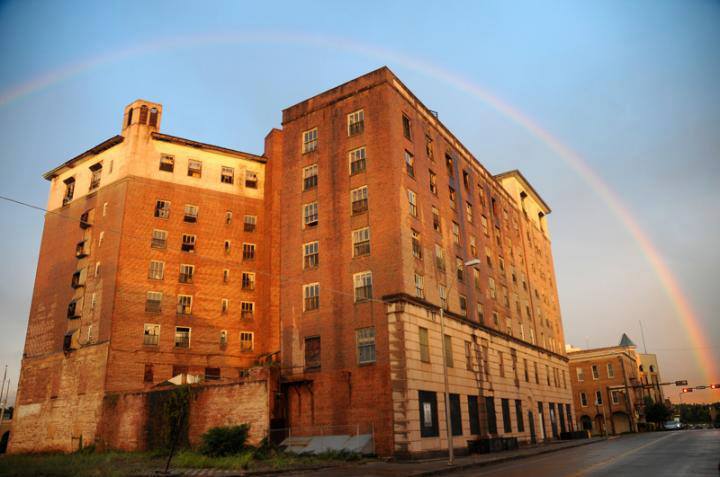 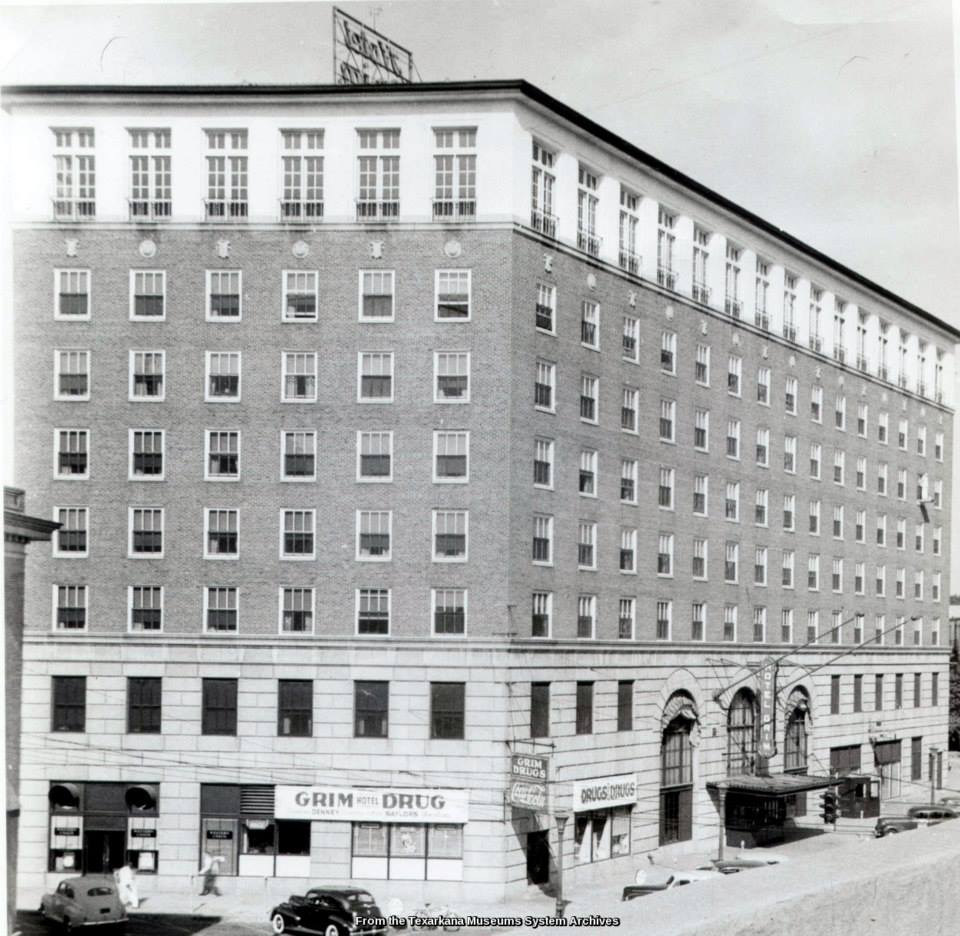 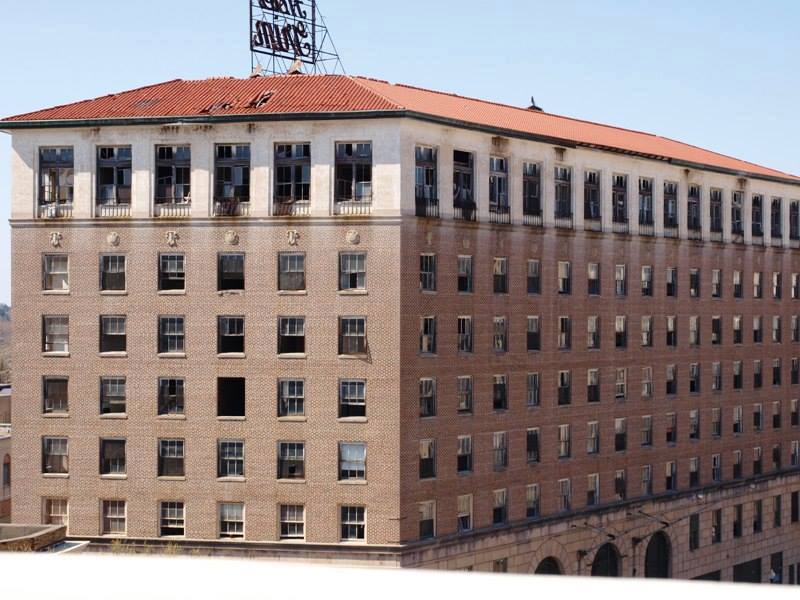 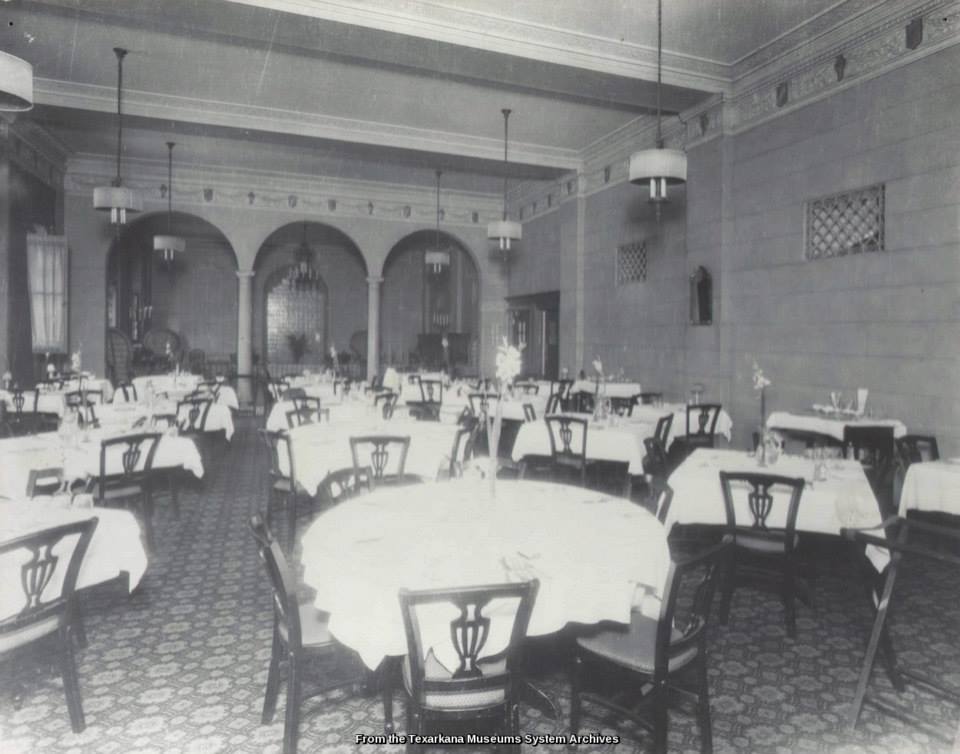 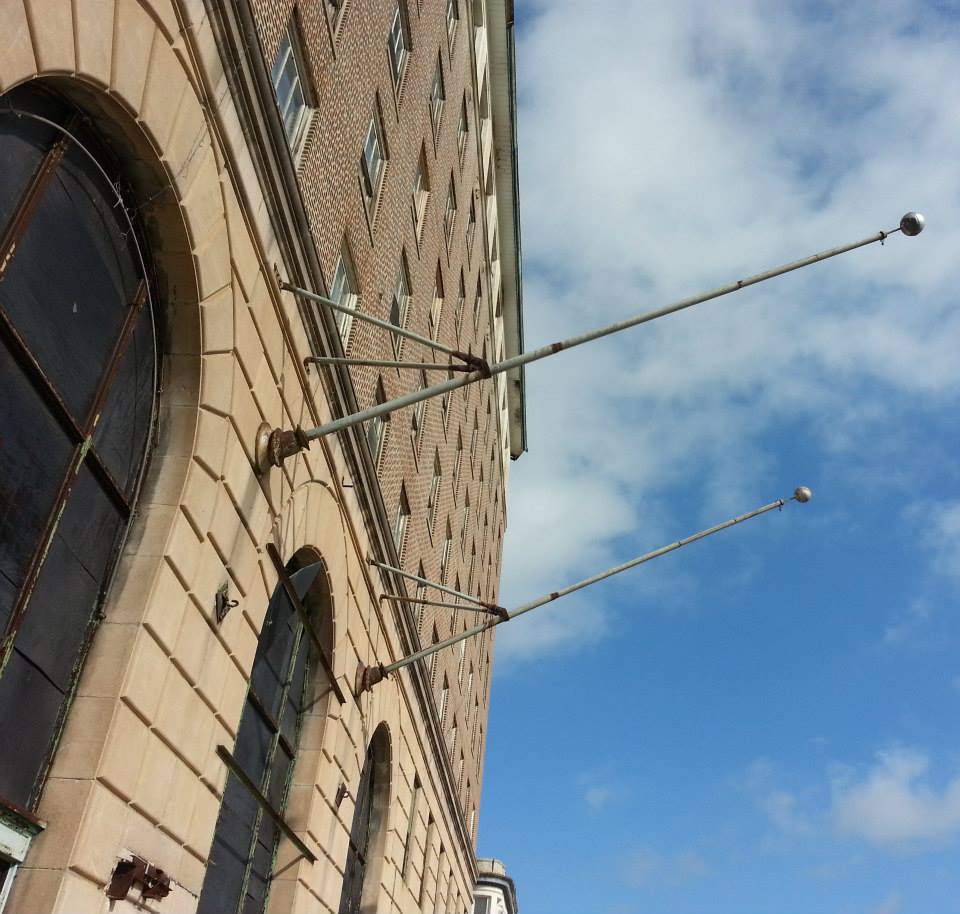 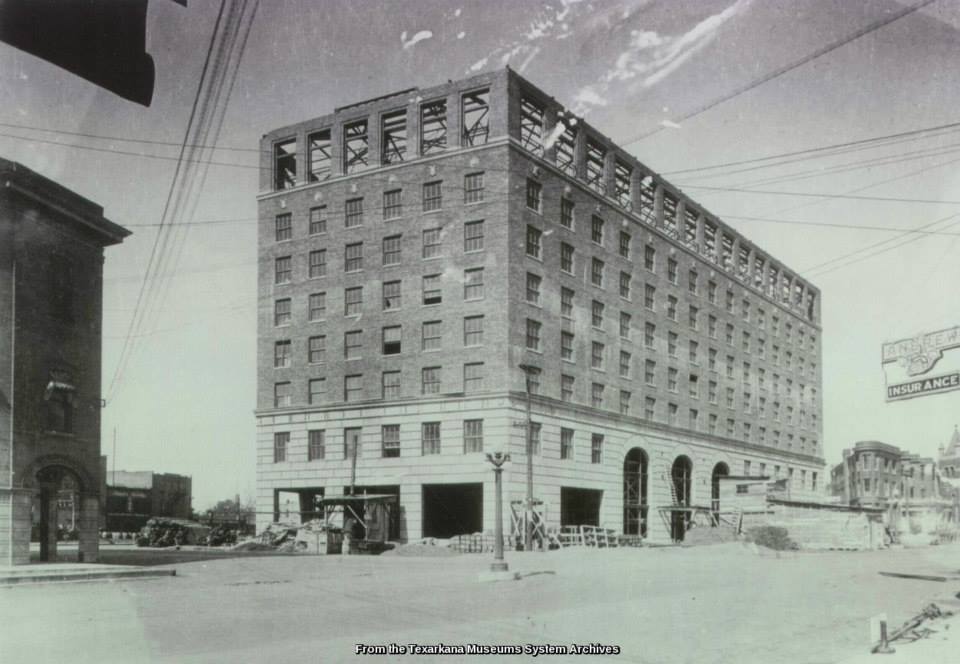